Let’s back to 3rd August, when I updated an article that Self Recorded Videos of Famous Celebrities now included in Google Search Results.

After this update, you didn’t require to search a video among billions of videos, giving the answers of your questions.

Whenever you’ll ask a question from any celebrity, you’ll get a self-recorded video that personality / celebrity and you’ll get your answer directly from celebrity.

About this new feature, Google’s The Keywords blog says;

When you search for your favorite personalities, whether they’re rising stars or well-known celebs, their answers will appear in the form of selfie-style videos with a uniquely personal, authentic and delightful touch. 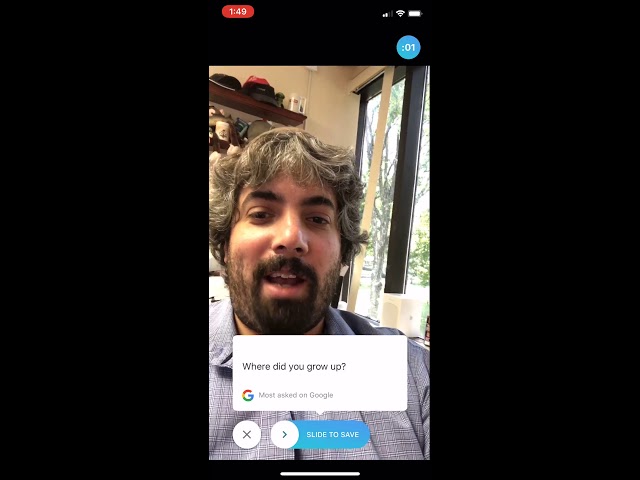 Cameo is an App which is used to record the selfie videos / self recorded videos to give the answers of fans or trending questions. After recording the video, save it in your account, it will be indexed in Google Search Results.

Cameo App is basically a quickest way for Google to provide answers of user queries in video format in Google Search results. However this app is also available in limited number of countries including United States, United Kingdom, France, Germany and few other European Countries.

Here a video sample to understand the Cameo working/ concept. It shows your videos in Google Snippet in response of relevant query. When you’ll click on video, there further videos will appear of the same celebrity / personality giving answers of some other questions.

Cameo, an iOS app, is available on Google Play store and will appear in limited number of countries as I mentioned in above paragraph. It has following description in play store;


Cameos on Google lets you be the authority on you. Record video answers to the most asked questions on Google and then post them right to Google. Now, when people search for you, they’ll get answers directly from you.

Answer in your own style: amplify your presence on Google with videos in your own authentic voice.

At your leisure: see top questions the internet wants answers to, and you choose which ones you want to answer and when. All you need is your phone.

Stay relevant and fresh: get new questions regularly to help your content stay recent and timely. All your answers get posted right to google and your fans will see it when they search for you or scroll through their feed in the google app.

The Following is the Logo design of Cameo App, available on App Store only on iOS.

Following snapshots are the iPhone screenshots of cameo. 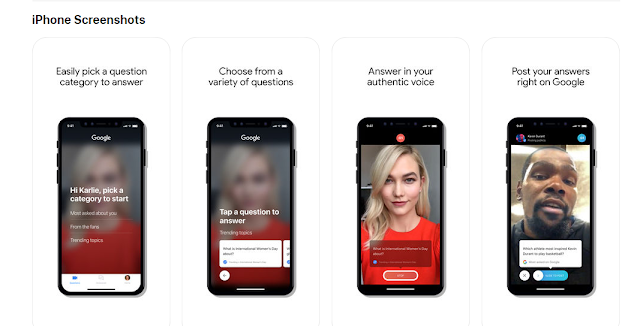 Following snapshots is the Description of Cameo, given on Google iOS store.

How Digital Marketing Will Change in 2022

Blogging for understudies – The Top Articles